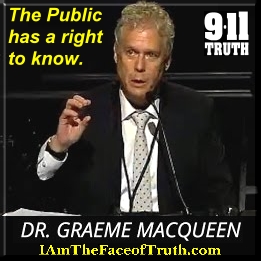 Graeme MacQueen – Originally written in Sept, 2018 and said “17 years” – we took the liberty of updating it.

On the anniversary of the 9/11 attacks that let loose so much international violence, the public has a right to ask what really happened on that day. Here are eight points to ponder.

1. Questioners of the official account of 9/11 are often dismissed as “conspiracy theorists,” but this makes no sense.  A conspiracy is just a secret plan, by two or more people, to commit a criminal or immoral act.  The 9/11 attacks obviously involved a conspiracy.

2. Some people think that the truth of the official account blaming al-Qaida is obvious to every sane person.  Not true.  Polls suggest that less than half the world’s population shares this confidence.

3. If Bin Laden was the criminal mastermind, why didn’t the FBI charge him with the crime?  In 2006 an FBI spokesperson explained: the Bureau had no hard evidence connecting him to 9/11.

“You can’t do science when you are deprived of the evidence, and when your hypothesis is the least valid, instead of the most likely.

The most likely hypothesis, in the case of Building 7, wasn’t even mentioned. This is not science. So the claim is that it’s something else? It’s trying to prove preconceived ideas.” –  Dr. Lynn Margulis

5. In 2006, a peer-reviewed article revealed that 118 members of the Fire Department of New York reported witnessing explosions during the collapse of the Twin Towers.  Patterns of explosions were witnessed, going around as well as up and down the buildings.  This challenged the official claim that the buildings were brought down by plane impact and fires.  It suggested controlled demolition.

6. In 2009, another peer-reviewed article reported the discovery of large quantities of an exotic explosive and incendiary (nanothermite) in the dust of the World Trade Center.  The samples were collected before the cleanup of the site began.  This supported the demolition hypothesis.

7. The National Institute of Standards and Technology, given the task of accounting for the World Trade Center destruction, failed to explain to the satisfaction of many scientists the total collapse of a third skyscraper on 9/11, 47-story World Trade Center 7. No plane hit this building, yet at 5:21 p.m. down it went, beginning its descent symmetrically, suddenly, and at free fall acceleration.  Everything about this collapse suggests demolition.

8. In April 2018, eight lawyers filed a petition with the U.S. Attorney for the Southern District of New York.  The petition offers detailed evidence that the Trade Center was destroyed by explosives and it demands that this evidence of a federal crime be submitted to a grand jury, with the ultimate aim of charging those responsible.

Clearly, there should be no stigma attached to the questioning of the official account of 9/11.  Readers wishing to know more may consult the petition of the Lawyers’ Committee for 9/11 Inquiry and the findings of the international 9/11 Consensus Panel, both of which can be found on the internet. 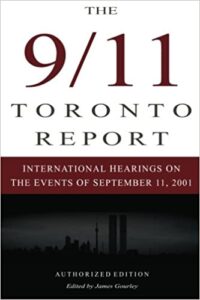 Graeme MacQueen is the former director of the Centre for Peace Studies at McMaster University. He is a member of the 9/11 Consensus Panel, former co-editor of the Journal of 9/11 Studies, and an organizer of the 2011 Toronto Hearings, the results of which have been published in book form as The 9/11 Toronto Report.