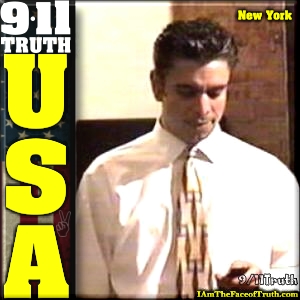 “A lie is like a crack in our foundation and whatever we build upon it will inevitably collapse.”

Claudio Marty, from Brooklyn, N.Y. USA, now residing in Florida had his first business in his teens.  He began his career with his own construction business.  He eventually branched into the telecommunications arena, where he had built a record breaking sales organization, and also became one of the company’s top trainers, training thousands in the sales force.  Claudio also left a trail of successes working with other sales companies.  Later on, he delved into online marketing and sales, and has helped many Internet businesses succeed.

A family member died in one of the Twin Towers at the World Trade Center during the 9-11 attack, and Claudio became an activist soon afterward.  At first as a political activist for 10 years, then as a 9/11 Truth activist for the families who were victims of the 9/11 attack that are demanding a re-investigation.

Claudio is the founder of the worldwide grassroots campaign, I Am The Face of Truth which launched in December, 2013.   Thousands of activists from all over the world have joined the 9/11 awareness campaign, and the campaign has been endorsed by major advocates like Richard Gage of AE911Truth.org, the founders of 911TAP.org as well as other notable major 9/11 truth advocates.

My childhood background:  I was born in Brooklyn, N.Y. in a pretty rough neighborhood.  My father was a tough merchant marine and my mother was a loving nurse and minister. I was the oldest of six siblings.  My father told me, “You’re the oldest among your brothers and sisters.  They will look up to you, so you better be a good example, if you want them to do well in life.” I took his words very seriously.  I did the best I could to be a good leader for my siblings.  My mother was the love of all who knew her.  My mom, the nurse, would bring homeless people to our home periodically and bath them, wash their clothes, feed them and send them on their way with a few dollars.

A turning point:  In elementary school, I had this friend that I used to walk to school with.  We sat together in class and were inseparable.  One day at lunchtime, I heard this ruckus in the cafeteria and through the crowd of kids, I witnessed my best friend on the ground, his face being stomped on by this big bully a few years older than we were.  I was horrified!  But, I just watched like the other kids, until a grown-up broke up the fight.  I had passively watched my best friend get brutalized by this more powerful, mean bully and I did nothing.  I vowed, from that day forward that I would never tolerate brutality again.  If I must intervene to stop a bully, I will, no matter what the odds are against me.

My work background:  My first job was with my uncle, who had a contracting business.  He hired me as a helper, when I was 11, sweeping floors, throwing out trash and at times carrying supplies that weighed as much as I did.  I’ve loved working hard ever since then. I started my own contracting business.  I travelled by bicycle, working for neighbors in tenement buildings doing simple jobs. Eventually, this progressed to where I had a 2000 square foot shop and office and employed ten people, at my peak.  I worked on jobs for celebrities and the very wealthy, including the international company Laura Ashley, based in N.Y., where I was their # 1 contractor.

One of my wealthy clients, Ira K., suggested I look into other fields, where my entrepreneurial imagination could flourish and make a difference on a larger scale.  He mentored me and got me to look into growing trends in the business world, so I could possibly find a ground floor opportunity.  One day, I brought him an article I found in the Wall Street Journal and pointed out a company that was breaking into the field of telecommunications, called LCI International.  LCI would compete head on with the likes of AT&T, MCI and Sprint.  He was actually more excited than I was.  So I signed up with the company and got in, like everyone else, on the ground floor.

I wore a suit and tie, which was pretty cool.  I met people from all walks of life, who wanted a piece of “The Information Super Highway” trend: factory workers, bankers, doctors, teachers and construction guys like me.  Everyone had to be trained in the company.  We became the sales force.  There was basic training as well as advanced training and orientation on the latest technologies arising that we could market to the general public and businesses.

*Basic training was all about building a sales force and how to be an effective leader for them.  Most took four or five basic sales training classes, but I kept going.  Basic training, as I perceived it, was the foundation for the entire company. It not only taught you to become a productive leader, but also taught you how to become a better person, by looking into your personal flaws and correcting them.  I went to basic training more than anyone else. People who started with me in the beginning laughed at me for attending so many sessions.

They were off building their sales teams and getting promoted while I was still mastering the art of becoming an effective and productive leader.  I wanted to know how to train other leaders within an organization.  My response to those who mocked me for being a basic training freak was, “There is a difference between orientation and knowing, and I want to know.  Once I take that first step to advance my career in this company by building a sales force, getting corporate clients, and general public accounts, I will do so with complete confidence.”

I finally, decided basic training was over for me and it was time to start building a sales force.  I selected a handful of the five best people I met in basic training.  We strategized and got to know each other really well.  Within eight months I was promoted twice, bypassing bankers, lawyers, teachers and those who mocked me previously.  I was informed that I had broken two records in the nationwide company.  I had the biggest company sales organization, with the biggest client base for our services.  I was blown away!

My Faces of 911 Truth background:  My father always said in his brutal but loving way, “Complain three times then do something about it or shut up!”  When I decide to do anything, I’m all in.  I apply all my skills and talents, bringing my sales and marketing experience to the task of raising 911 Truth Awareness.  Promoting the Basic Truth Consensus about 911 like a Team Leader reflects my personality, my experience, and my hard driving first born character traits.

*I treat 911 Truth as a systematic promotional campaign, keeping the message simple, undeniable, and relentlessly on target.  I know from my working career successes what works to get a message across.  I became an advocate for 9/11Truth after watching the video of World Trade Center building # 7 controlled demolition.  I realized instantly, that our government and the news media had lied to us.  That was a new paradigm, in my life.

The truth of 911 was much worse than what I could have imagined.  I felt compelled to inform my family and friends, through my profile picture, with my story attached to it.  Some looked into it and some did not.  They all know my stance.  I am not a hypocrite.  If I have the privilege to know, I have the duty to act — because I love them.  The government and news media may lie to them daily, but I will always tell them the truth.  When everyone finally accepts the truth about events on 9/11/01, the people in my inner circle will know how much I cared about them.    –    I have the love & empathy of my mother & toughness of my father.  I’ll never let you guys down!!!

"We Are a Worldwide Grassroots 9/11 Truth Movement" - 'a crime was committed and we want justice.' Our job is to awaken the general public. 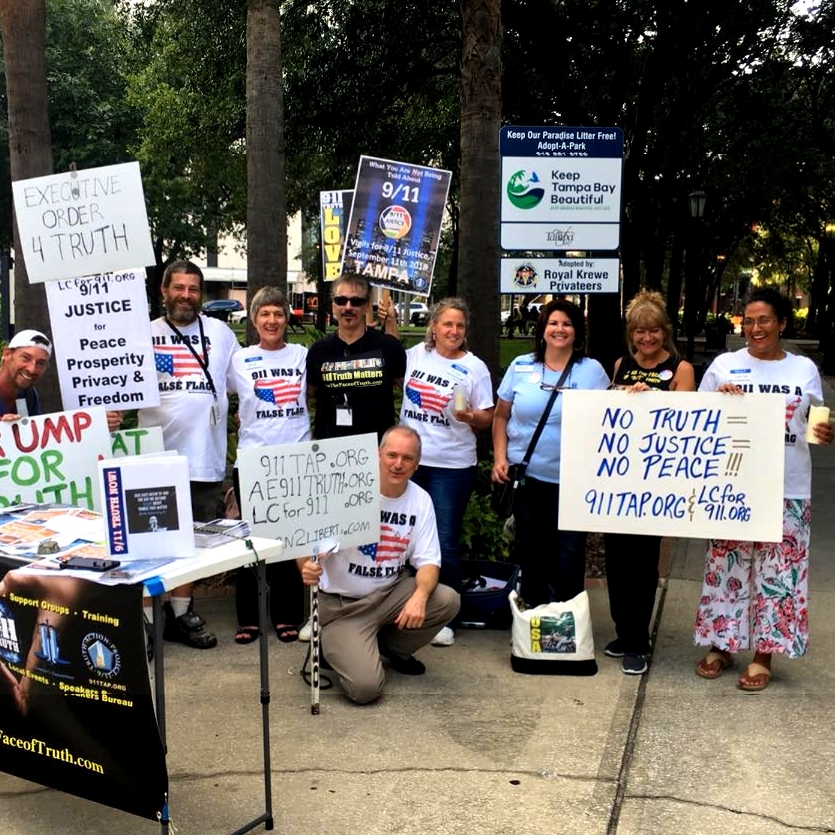 reach out to me tampa, florida USA

CALLING ALL FLORIDA ACTIVISTS FOR 911 TRUTH!   Like to network with fellow advocates in my area.  We need to get to know each other, help promote ALL activist activities within our location. If you are hosting or want to create an event, let me know.  We need to support each other’s efforts and get our numbers to grow. 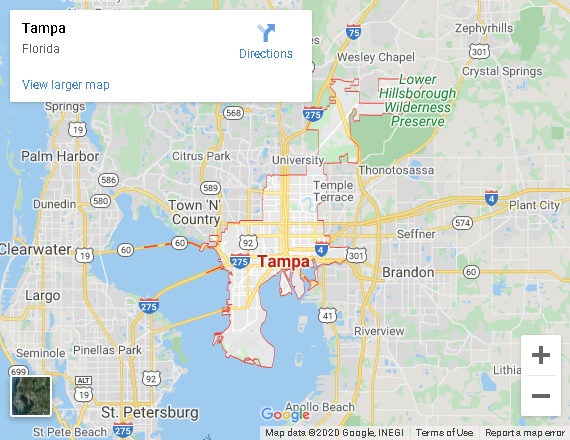