Statement of Unity re: I Am The Face of Truth from Richard Gage, AIA / RichardGage911.org

To all supporters of the 9/11 truth movement:

Thanks for supporting the 9/11 Awareness banner campaign but, more than that, thank you for giving us AE911Truth.org—and all the work you did for making that a success and explaining the issues involved with the demolition of the 3 towers on 9/11.  — Kevin Brant

YOU now have the opportunity to co-produce this major 9/11 Truth Documentary Film Series along with an Emmy Award-winning director!
I’ve partnered with the Lawyers Committee for 9/11 Inquiry to create 9/11: Crime Scene to Courtroom, which combines the world’s leading 9/11 WTC spokesperson with the world’s leading 9/11 litigation team led by attorney Mick Harrison. For the first time, this film will cover the hard WTC evidence from both the technical and legal sides, bringing to the screen the WTC Petition evidentiary Exhibits for both the public and the actual Grand Jury.
This exciting new creative project is the result of a combination of fortuitous factors: The launch of my new organization and website RichardGage911.org and my having been invited to join the board of directors of the Lawyers Committee for 9/11 Inquiry in the wake of being now solo from AE911Truth as of September.  –  Richard Gage / RichardGage911.substack.com/p/co-produce-this-powerful-new-911

Earlier this month AE911Truth issued a press release and an e-mail to supporters which  included this Statement:
“…Richard Gage, organization founder, will no longer serve as the organization’s CEO.”

As you can imagine, this has raised many questions, which I decided to wait until after the 20th Anniversary date in order to address, so as not to distract from all of the important 9/11 Truth Movement events and activities. 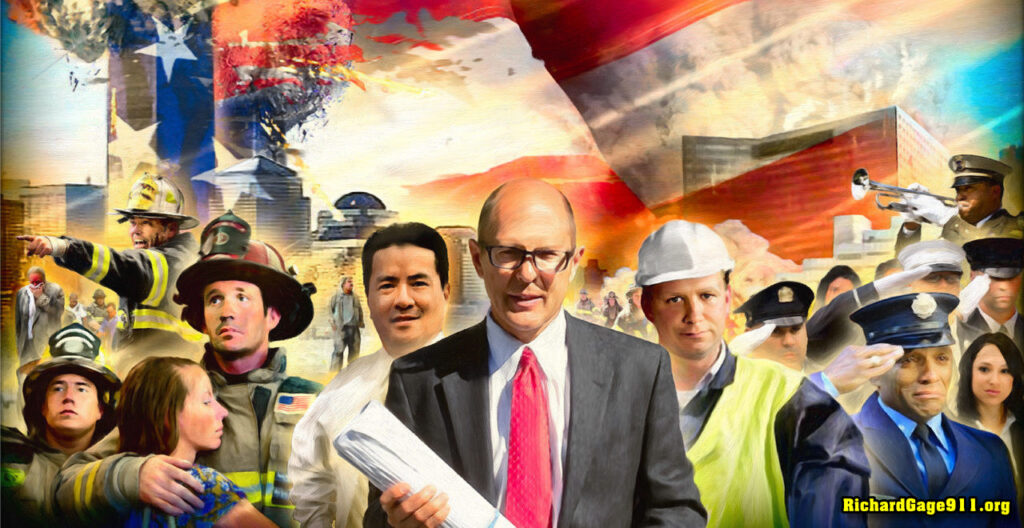 This statement is on my own behalf and not on behalf of AE911Truth:

As you probably know by now we had been working with Spike Lee for months on what was one of the greatest opportunities the 9/11 Truth Movement has ever had to reach a wide mainstream audience, which would have been the final segment of his video documentary that was aired by HBO on Sept. 11th. That 30-minute segment, which included a dozen interviews with family members and technical experts (including myself) unfortunately was never broadcast. This action by Spike surely was at least in part due to enormous pressure from the Powers That Be, but my off-topic comments, quoted in Slate Magazine’s August 24th article, which they had to have made a major effort to find, was most likely a significant contributing factor.  Read more @ https://richardgage911.org/why-im-going-independent/

Thank you Richard Gage for building a solid foundation at AE911Truth.org for the entire 9/11 Truth Movement to build upon. #911TruthNow – Claudio Marty 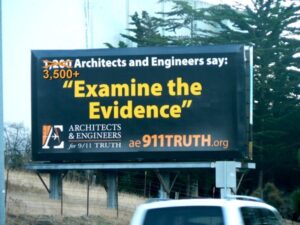 I would like to speak for our mutual common interest in furthering the goal of accelerating public awareness of what really happened on 9/11.  The “I Am The Face of Truth” campaign has proven itself to have the capacity to go viral.  This is in large measure to the hard work and dedication of Claudio Marty and others who share the passion and who create the Facebook profile photo templates so that they can proliferate in the social media platform.

The campaign and website has tightened its belt significantly and set clear visible boundaries with regard to unscientific alternative WTC destruction scenarios – which was the source of much earlier controversy. Other continuing controversies have shown themselves to be unproductive and damaging to the campaign, and trite in comparison to the potential benefits of the campaign which would otherwise benefit all of us in the Movement.

It is time to support the FOT campaign.  Join me in encouraging every supporter of 9/11 truth to “come out of the closet” and show your face.  Sign up here to add “I am the Face of Truth” to your FB profile photo.  Give this campaign the chance to succeed that it deserves. 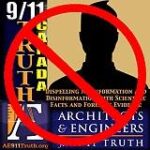 Please know that AE911Truth has set a policy that our LOGO should not be used on Facebook profiles. AE911Truth has endorsed the FOT
(I Am The Face of Truth) campaign.  Please support it.

Richard Gage, AIA, is a San Francisco Bay Area architect of 30 years, a member of the American Institute of Architects, and the founder and former president of Architects & Engineers for 9/11 Truth, which represents more than 3,500 architects and engineers who have signed the organization’s petition demanding a new investigation of the destruction of all three World Trade Center skyscrapers on 9/11. During his architectural career, Gage has worked on most types of building construction, including numerous fire-proofed, steel-framed buildings — most recently a $400M mixed-use urban project with 1.2 million square feet of retail, 320,000 square feet of mid-rise office space and parking structure, altogether consisting of about 1,200 tons of steel framing. Since founding AE911Truth, he has delivered his live multimedia presentation 9/11: Blueprint for Truth more than 550 times in dozens of foreign countries and 110 American cities to audiences ranging in size from 100 to 4,000. He has appeared in more than 600 radio and television spots.  – Support Richard’s continuing work @ RichardGage911.org