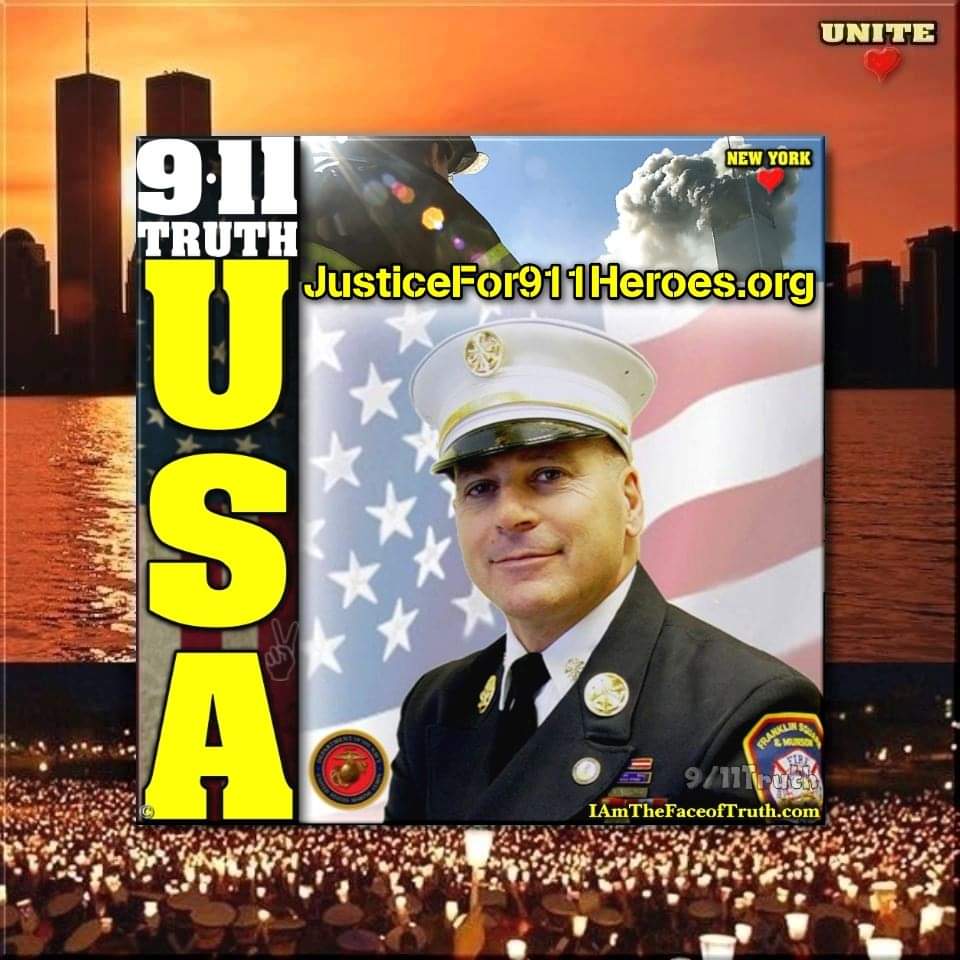 Do you support the first responders of 9/11?

Get everyone you know to add their names to show support for the first responders who survived and perished on 9/11/2001.  Thank you
justicefor911heroes.org/i-support-justice-for-9-11-heroes

My name is Christopher Gioia.  I am a first responder of 9/11 and Commissioner of The Franklin Square & Munson Fire District of Nassau County New York. I am also a United States Marine.
Do you support the first responders of 9/11?
On 9/11 of 2019, at the National Press Club in Washington D.C.., while standing before corporate Media, I announced in a press conference that we have petitioned The United States Attorney General for a Federal Grand Jury by submitting 54 pages and 57 exhibits of proof that is dispositive that three towers of the World Trade Center were brought down by preset explosives.  After delivering the mother of all headlines to corporate media, they decided the American people should not know. Take a minute and reflect on that.  In my photo you will notice a website.  Please visit us.  We are speaking out for those who were murdered and the families that were broken.
It is your duty as Americans to answer our call.
Do you support the heroes of 9/11 who were murdered?  Do you support the families of approximately 5000 U.S. soldiers killed in Iraq?  Do you support the families of the 128,000 veteran suicides after returning from wars based upon lies?  Do you truly support the American people who are answering our call by the millions? We have exposed 911.  Do you seek justice for the children who lost their mother or father that day?  Asking for 2976 Americans who were murdered by preset explosives and aircraft.

get everyone you know to add their names to show support for the first responders who survived and perished on 9/11/2001. thank you